Posted in Press Releases, Suicide Prevention and Postvention on August 8th, 2022 with No Comments 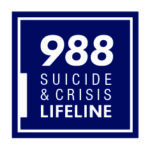 Lawrence, MA, August 8, 2022—Family Services of the Merrimack Valley has announced that it is now operating as the local provider for the national 988 Suicide and Crisis Lifeline though its Samaritans program. The new 988 lifeline number—which went into effect on July 16, 2022—provides callers with 24/7 access to trained crisis counselors who can help those experiencing mental health-related distress; which includes thoughts of suicide, substance use crisis, and any other kind of significant emotional challenges.

In 2020, the U.S. Congress designated 988 as the code to replace the 10-digit phone number for the National Suicide Prevention Lifeline. Now, when an individual dials 988 they will be routed to a network of over 200 locally operated crisis centers around the country. Any individual calling from an Essex County, MA phone number will be routed to a crisis line specialist at the Family Services’ Samaritans of Merrimack Valley program, which has hired and trained specialists to ensure calls are answered 24/7.

“Family Services’ Samaritans program has been operating a crisis lifeline to prevent suicide in our community for over 40 years” says Debbie Helms, Samaritans Director. “We are well equipped to expand that work and be part of the national network of 988 call centers.”

In 2021, the National Suicide Prevention Lifeline received 3.6 million calls, chats, and texts. That call volume is expected to at least double within the first full year after the 988 launch. “With funding and support from the Massachusetts Department of Public Health and many collaborators across the state and country, we’ve been able to quickly hire and train staff who are now prepared for the increase in calls,” says Helms. “The first few weeks have gone smoothly and we’re prepared for continued growth.”

According to the Centers for Disease Control and Prevention, the U.S. had one death by suicide every 11 minutes in 2020. Suicide was the second leading cause of death for young people aged 10-14 and 25-34. Studies have shown that after speaking with a trained crisis counselor, most lifeline callers are significantly more likely to feel less depressed, less suicidal, less overwhelmed, and more hopeful.