Family Services of the Merrimack Valley > Community > That ONE Voice 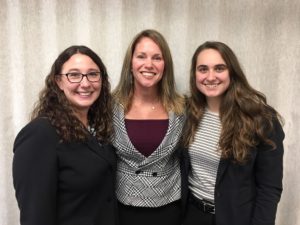 “I’m at a point in life where my children are older, and I have the time,” shares Heather Howe of North Andover upon being sworn in, along with seven other volunteers, as a Court Appointed Special Advocate (CASA) through our Essex County CASA Program.  “I love children, and I want to be that ONE voice which helps a kid establish a foundation,” adds Ms. Howe (pictured far left).  And so here she is, about to begin her service as CASA Advocate for a second time…

Nearly 700,000 children experience abuse or neglect each year. Instead of enjoying the natural rites of childhood and making happy family memories, they’re attending court hearings, adjusting to new foster homes and transitioning to new schools. Some 77,000 trained volunteers who have taken the CASA oath to, “faithfully advocate for the best interest for the  children with whom they are assigned.” serve these children making certain that someone is speaking up for their best interests.  Ms Howe was part of a group of eager new faces sworn in last week by The Honorable Mark Newman, First Justice of the Lawrence Juvenile Court.  “This service is calling to me,” offered another new CASA advocate Suzanne Miller (pictured above center) of Atkinson, NH.  “I look at all that I did for my own kids and feel that EVERY kid should have that.”  Ms. Miller also serves with the organization 100 Women Who Care Boston North.  She had become aware of volunteer opportunities within the CASA organization some time ago, but was persuaded to commit earlier this year when Family Services of the Merrimack Valley CEO Liz Sweeney addressed 100 Women Who Care Boston North.  That encounter was, for her, a tipping point.  “Her words really resonated with me.”

“Put CASA on your resume,” Judge Newman advises CASA advocates after he administers his oath.  “There are no finer volunteers than CASA workers.  It’s a special designation – helping to to shepherd children from the chaos of neglect to a home and an opportunity for a better life.”  He goes on to prepare them for the road ahead and how they will soon be tasked with navigating “competing truths”.  In concert with that note of caution, he reassures each of the volunteers that there will be many resources available to them along the way – resources such as himself and his colleague The Honorable Judge Kerry Ahern and the “wonderful CASA leadership” found among the Family Services of the Merrimack Valley and National CASA staffs.

“In this group, we have a team that is very energetic to learn,” noted CASA Program Coordinator Alex Parkes. “They ask a number of great questions, and have been a pleasure to work with over the course of our training.” Among the new crop of CASA volunteers is Mary Theresa (pictured above right), a Senior Criminology Major at Merrimack College.  In addition to her completing the CASA training and being sworn in as a volunteer advocate, Mary Theresa also works as an intern in the Family Services of the Merrimack Valley central offices.  “Today was a great day.  We sat in on some hearings and learned more about the role we will play as advocates.  Soon we will be put on trials ourselves.”  A big THANK YOU to our new advocates and to our entire CASA Team for the difference you make!

CASA volunteers help change children’s lives everyday.  In the last year 280,316 abused and neglected children had a CASA volunteer speaking up for their best interests.  With your support, more children will have the opportunity to thrive in a safe and loving home.   432,677 children are currently waiting for a volunteer empowered to find them a safe loving home.  Are you ready to change a child’s life and join a national network of volunteers who stand up for the best interest of a child who has experienced abuse or neglect?  To learn more about Court Appointed Special Advocates and the training involved, please visit the CASA program page found here on our website.